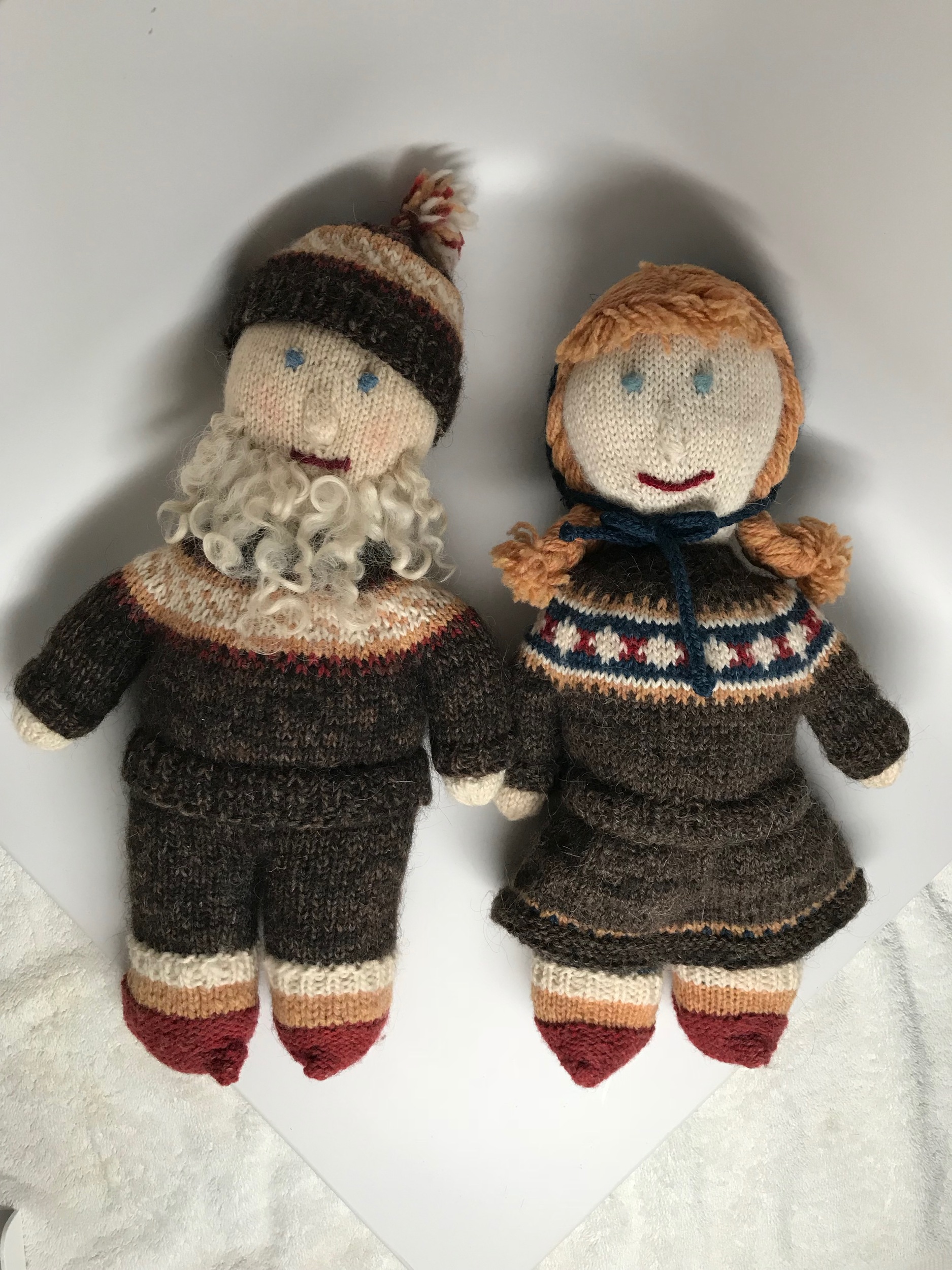 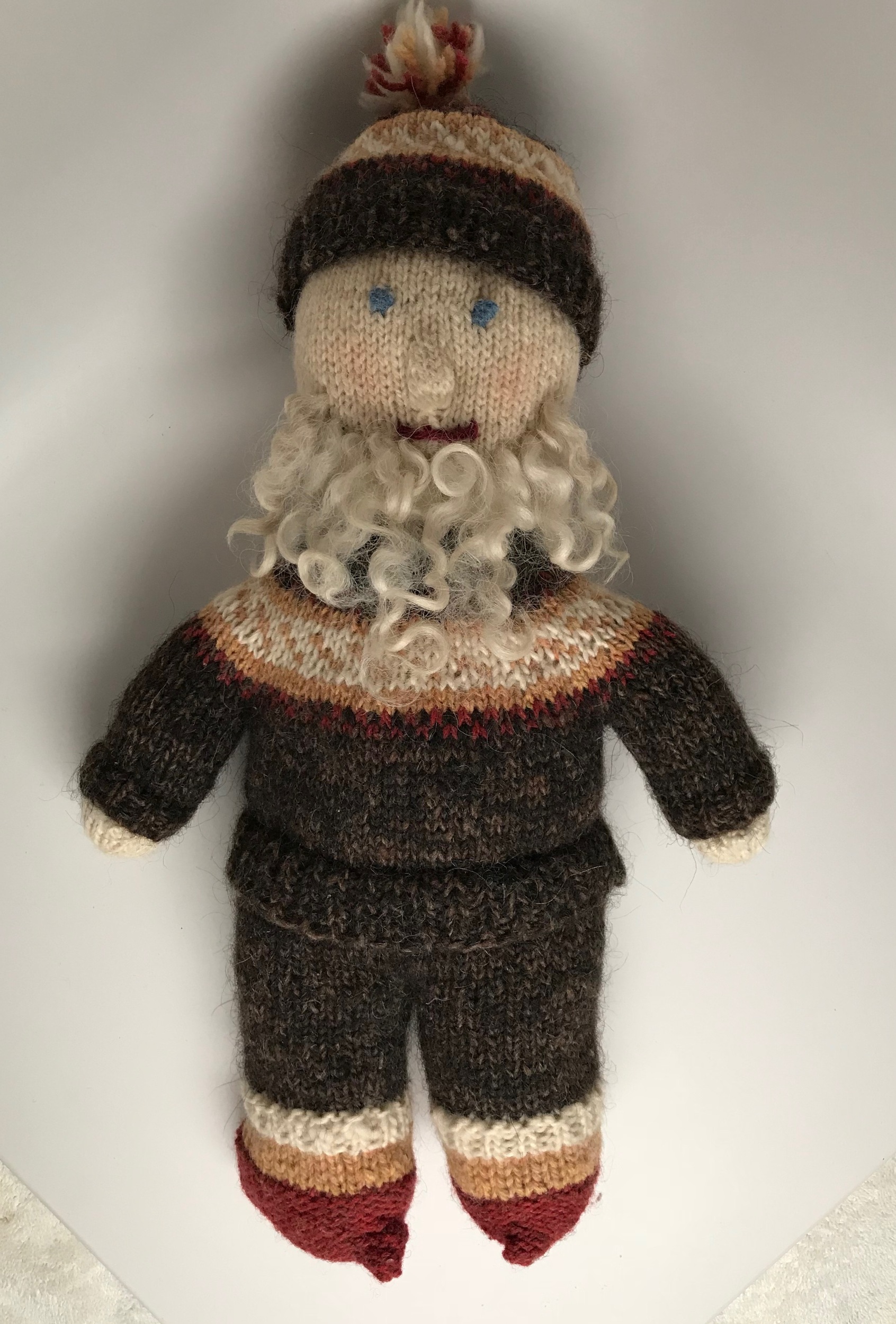 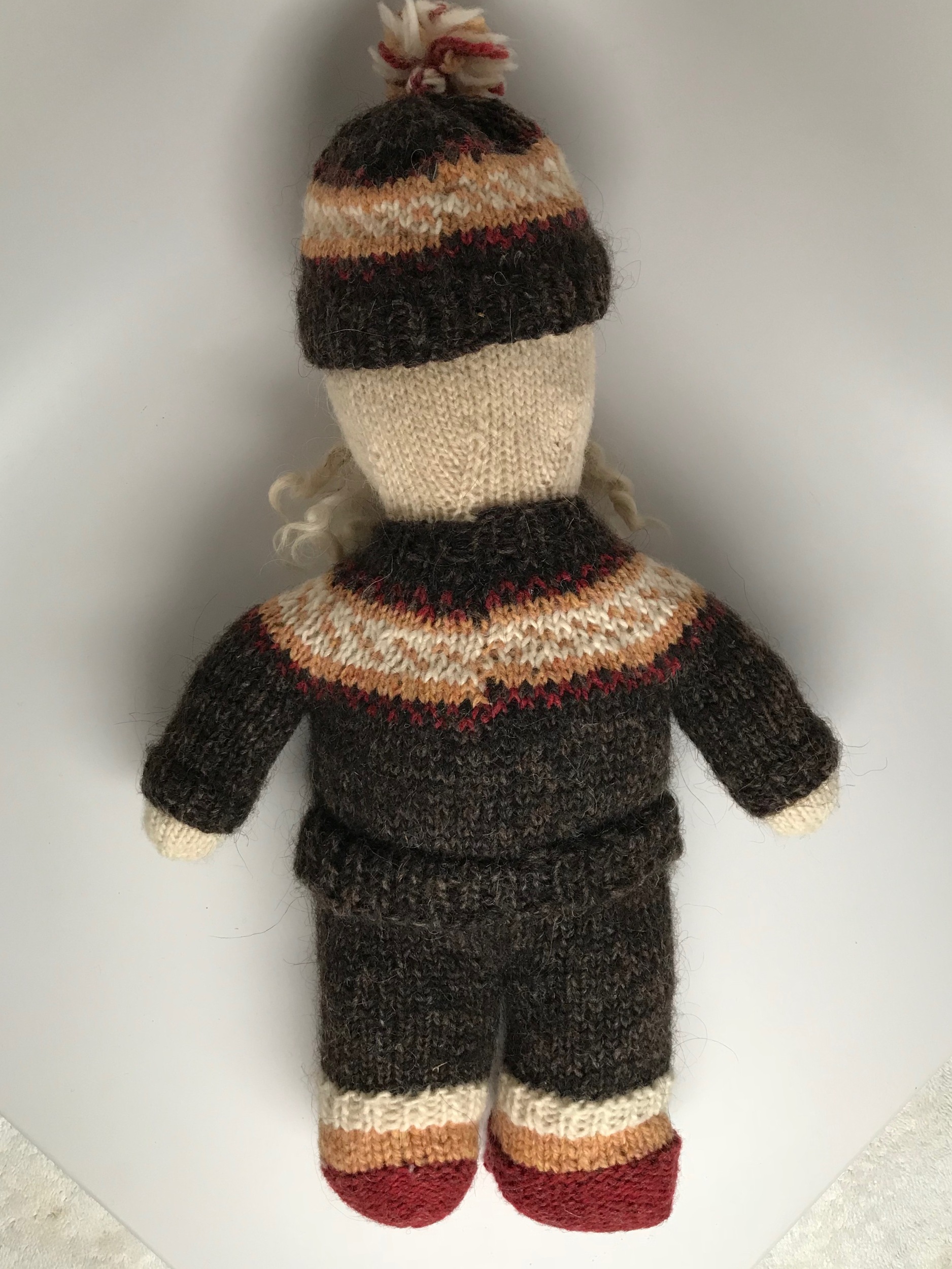 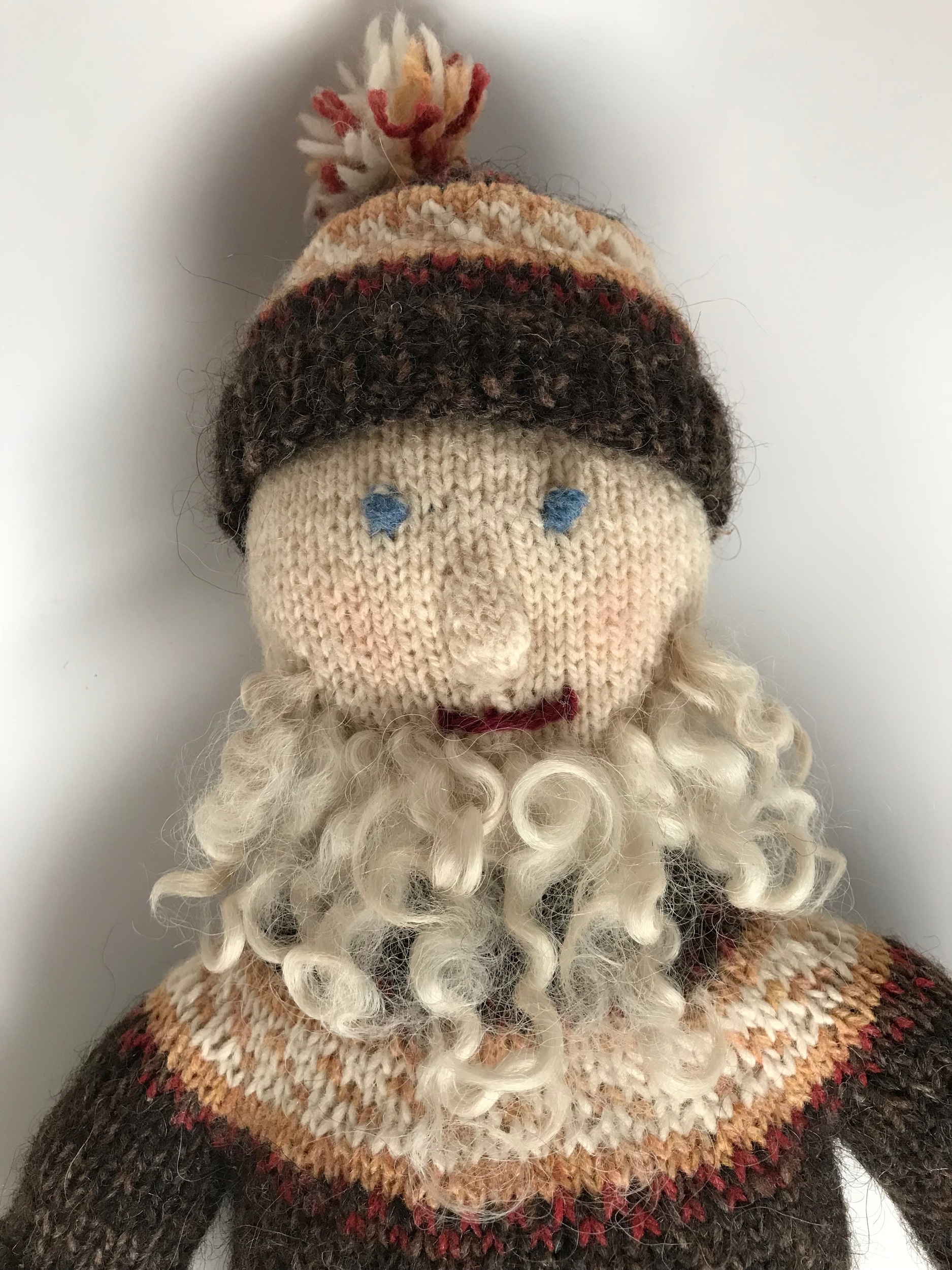 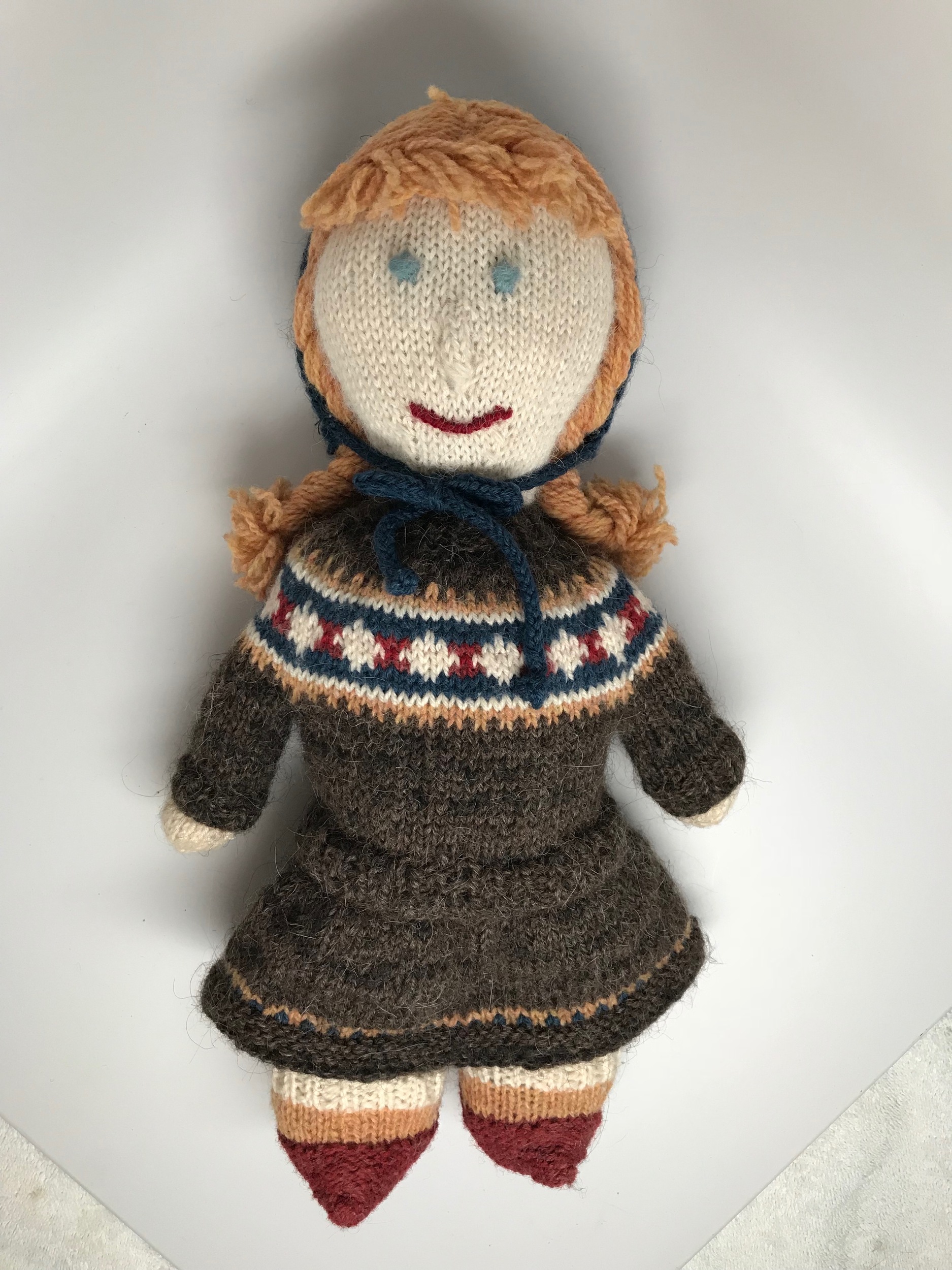 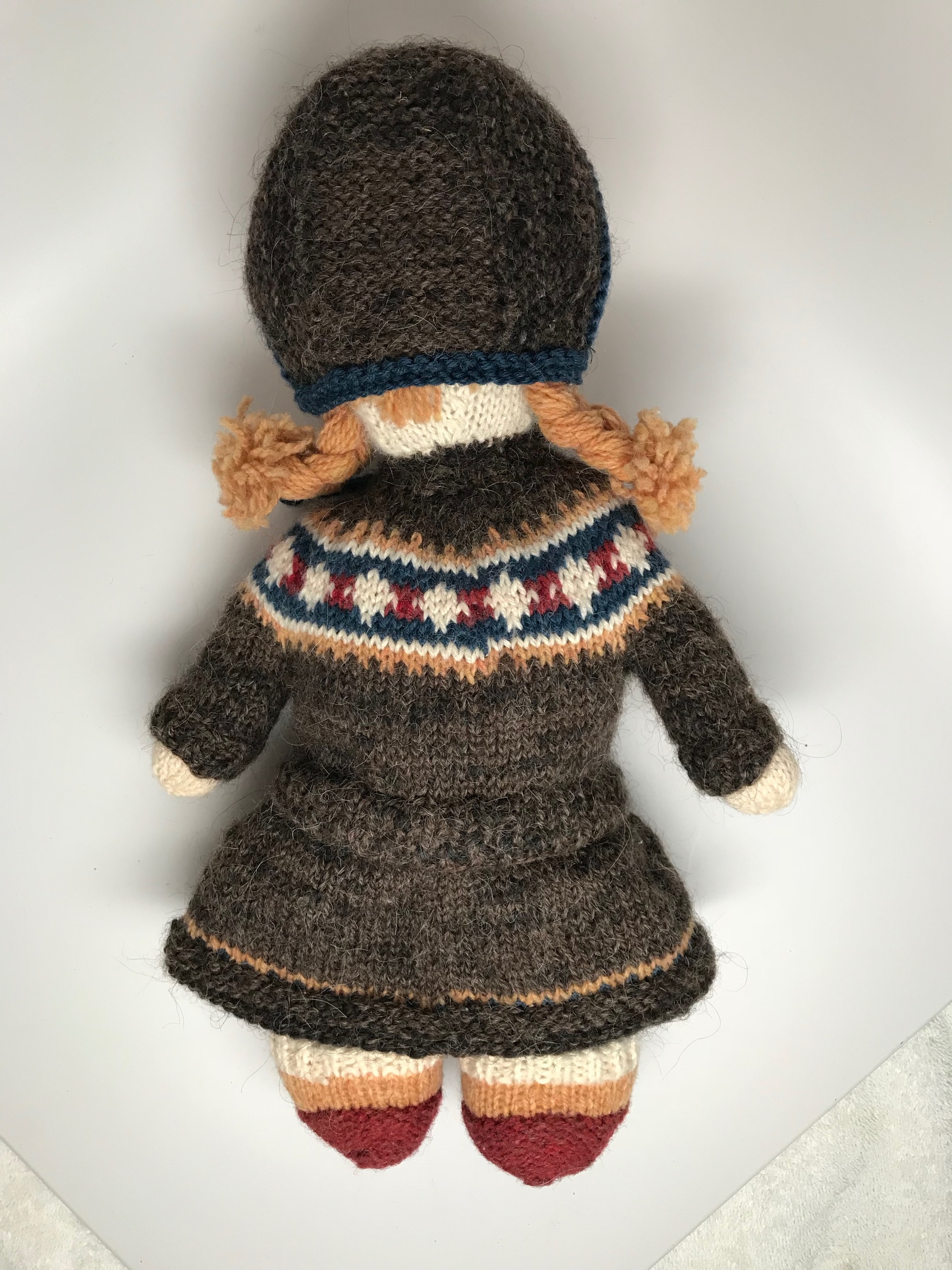 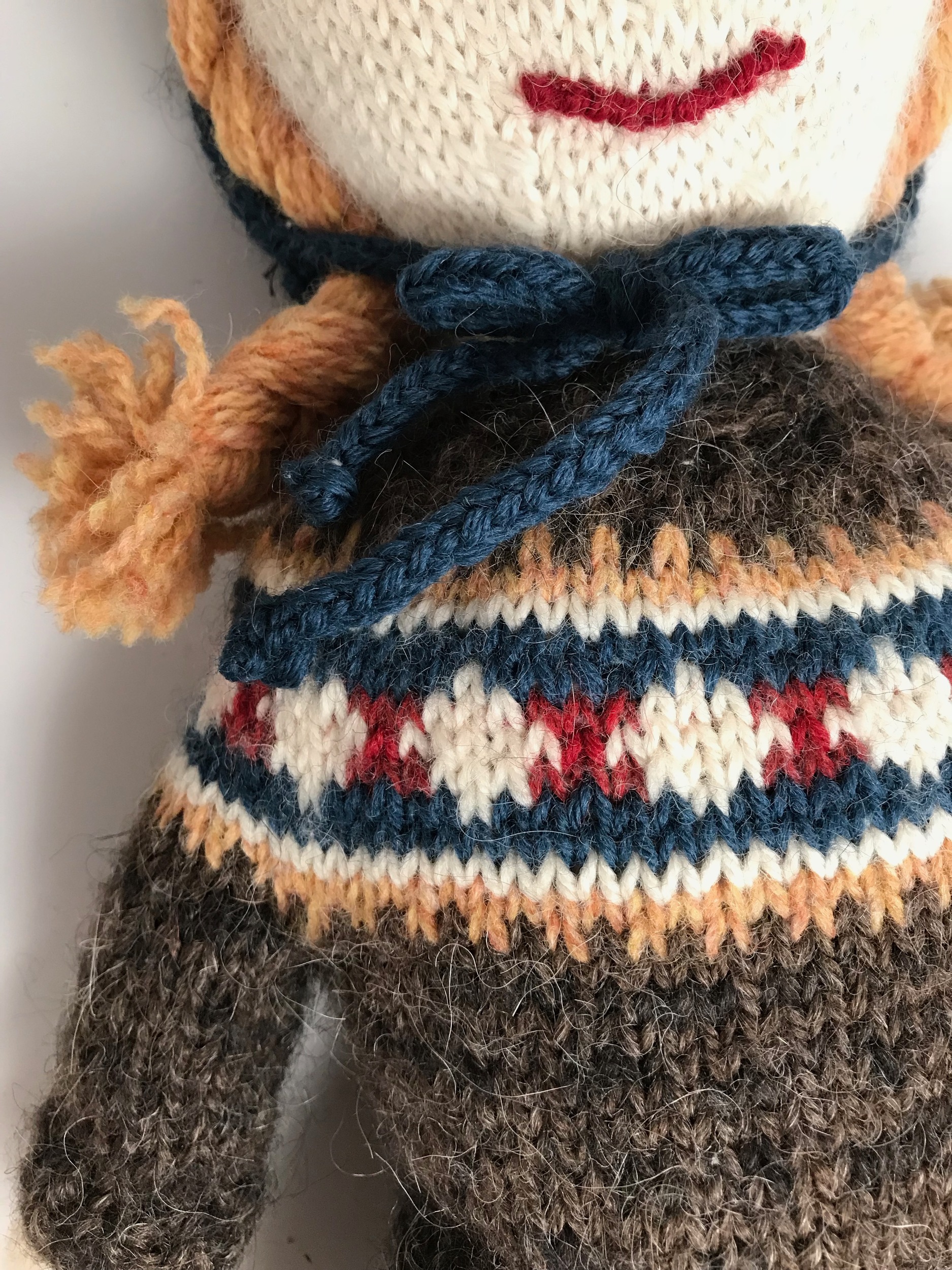 "Sven & Helga" are hand knitted dolls created by Judith Lasch of Middletown, New Jersey, in the year 2000.  Judith created the dolls for her daughter, Callie, following a trip they had shared together to the Scandinavian countries.  Folkloric dolls were a staple in their home growing up and, as Callie and her sisters honed their own making skills, making their own dolls was further encouraged.  Plans for the next doll to be shared as a surprise gift were made many months in advance. Sven & Helga were named in honor of Callie's father and grandmother.