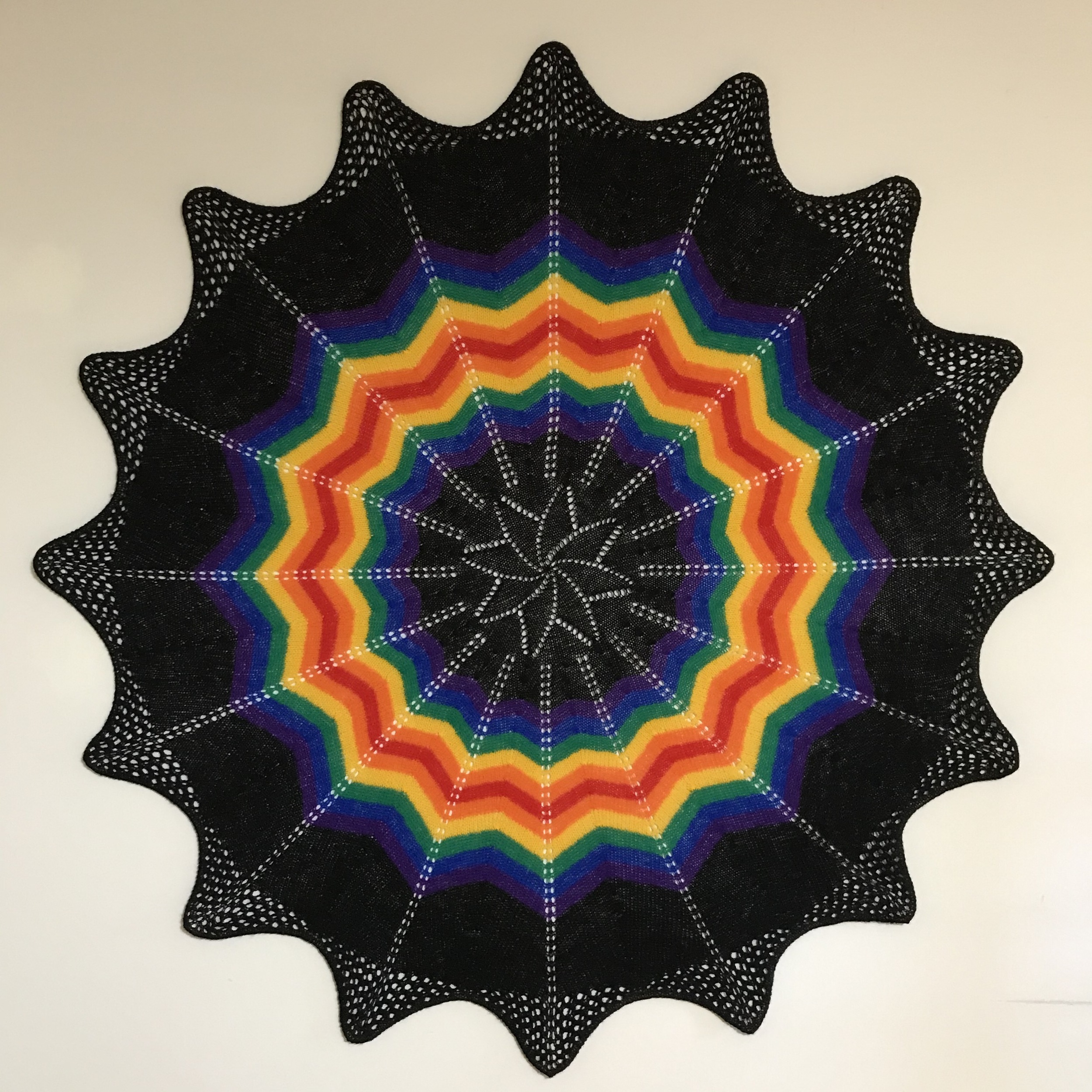 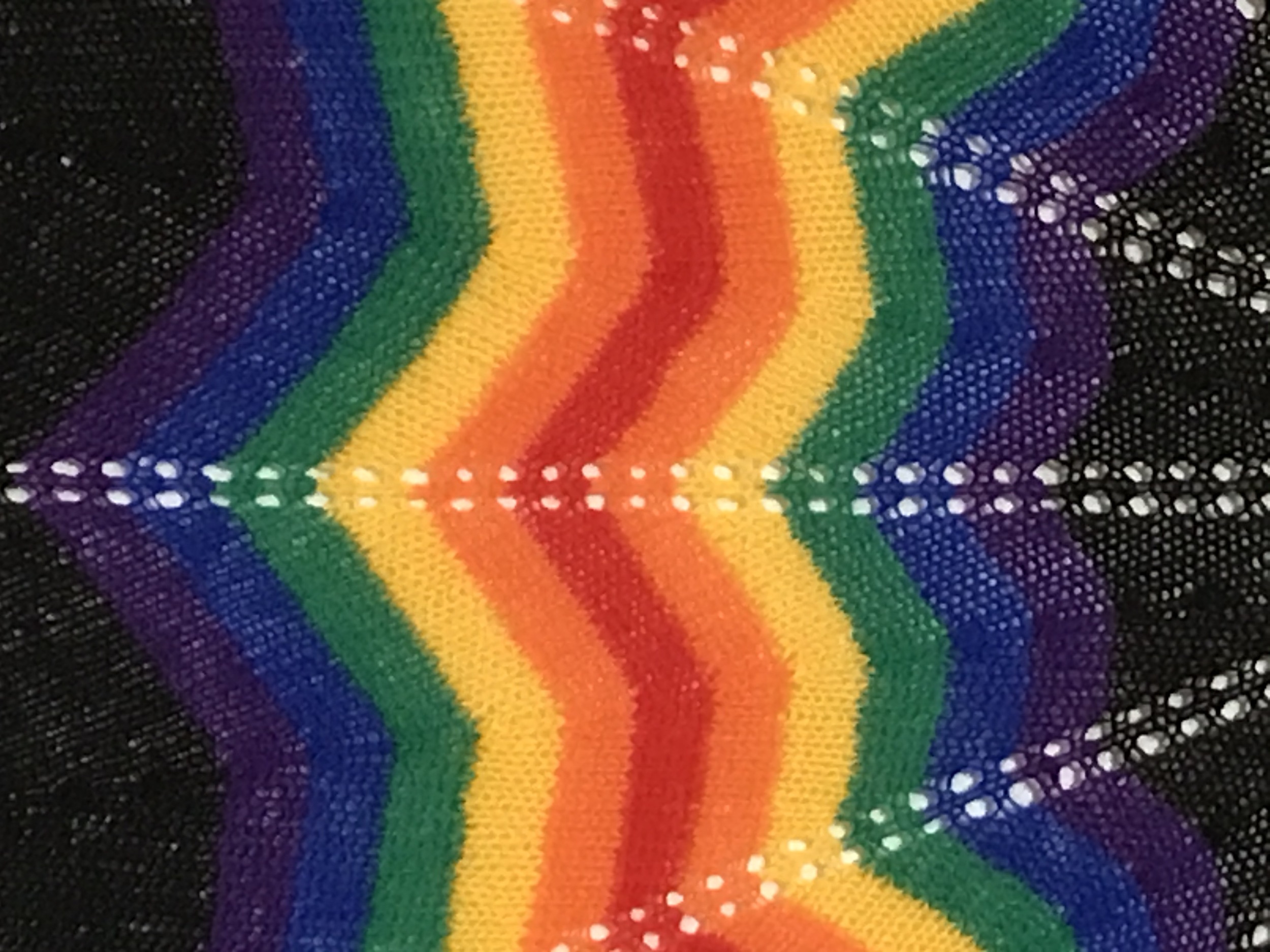 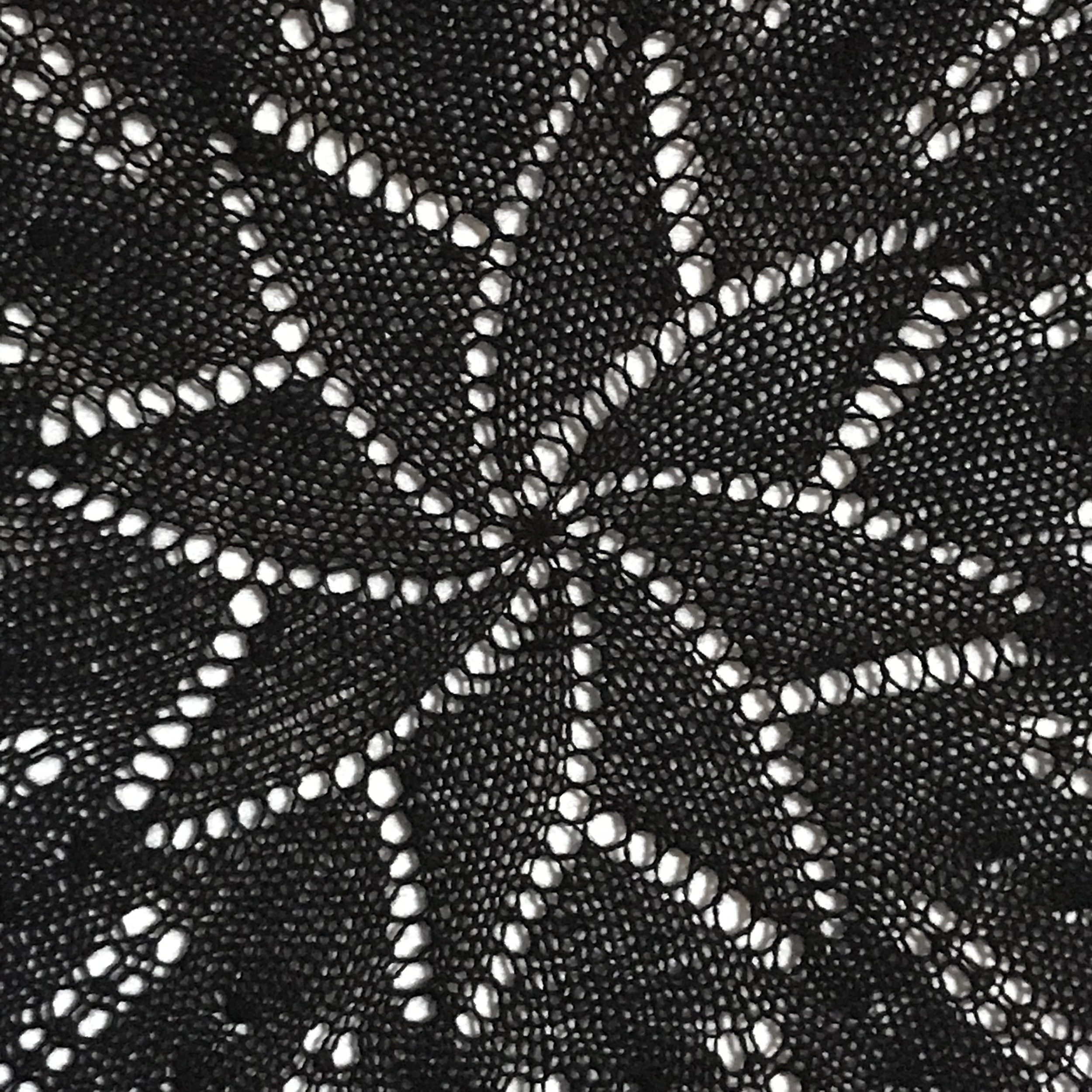 This is the shawl made by designer Robert Powell for the book A Gathering of Lace (Meg Swansen & Elaine Rowley, XRX Books, 2000), pages 23-25.

It is a center-out shawl worked in Jamieson & Smith Jumperweight Shetland. The pattern is a relatively simple center-out design — easy to understand and memorize. The colorwork gives it visual appeal. To prevent an obvious jog at the color changes, Robert Powell used an ingenious trick. He back-spliced the color changes and did so at a yarn-over. This results in no ends to weave in and no obvious jog in the color pattern.

I was introduced to Robert Powell by our mutual friend, Marilyn Hastings. At the time, both lived in Asheville, North Carolina. I had mentioned to Marilyn that I used Robert's clever trick in my Level 1 Master Knitter submission. Robert was downsizing his home. He surprised me by giving me this shawl!  Alas, I don't remember which year this was. I passed Level 1 of Master Knitter in Janunary 2010.

The rainbow has become an emblem for lesbian, gay, bisexual, transgender, and queer (LGBTQ). The knitting community has sometimes been a safe space for gay men. Considering the maker and the time period, this shawl could be understood as an expression of gay pride. The Supreme Court made same sex marriage legal in the United States in 2015.