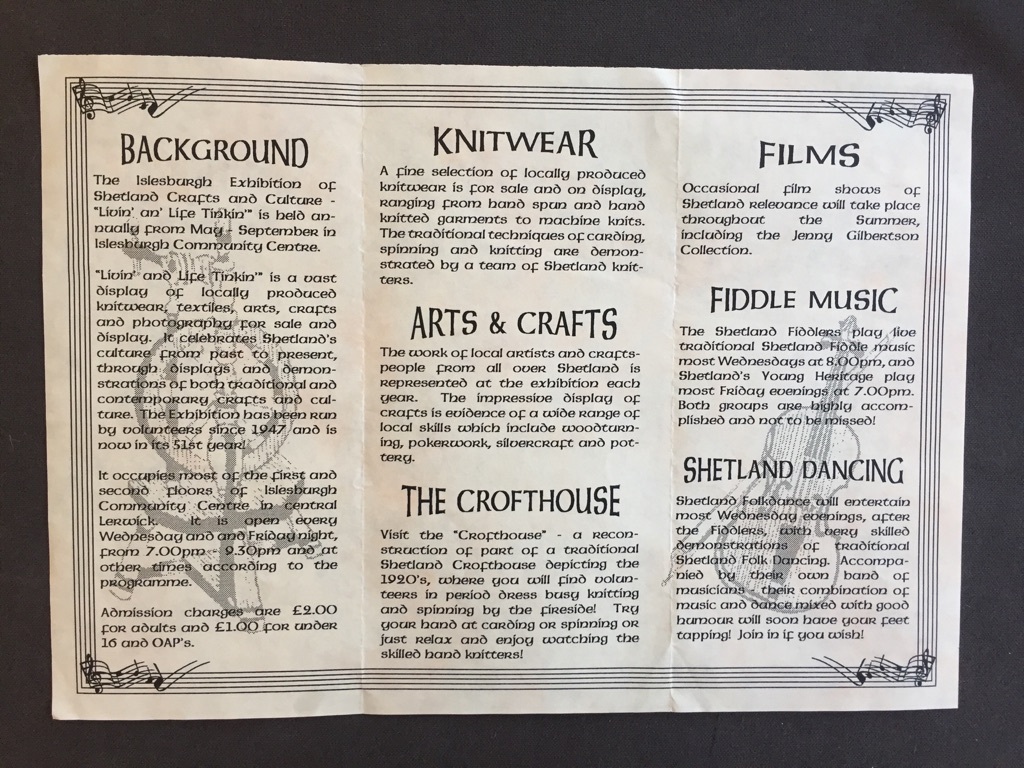 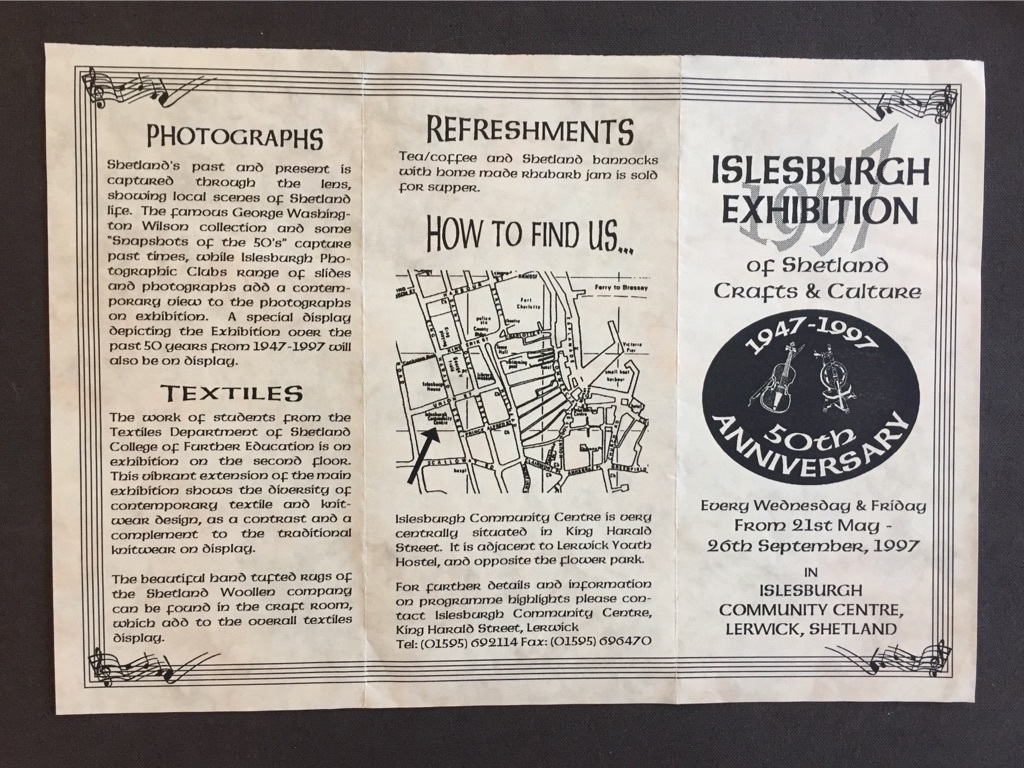 This is a man's vest made by Anna Bell Bray of Shetland, UK for my husband, Wade Lindsay, in late 1997 or early 1998.  The vest is made of Jamieson and Smith Jumper Weight wool yarn in a combination of 11 dyed natural colors, solid colors, and tweeds in the traditional manner -- knitted from the bottom up, in the round, using no more than 2 colors per round.  The V-neck and armholes are steeked and cut, with the edgings picked up and knitted after cutting. Anna Bell Bray typically knitted her garments using a traditional knitting belt and 5 long steel needles.

During a visit to Shetland in July 1997 with my mother-in-law, Betty Lindsay and father-in-law Joe Lindsay, we met Anna Bell Bray at the Islesburgh Exhibition, where she and a group of accomplished knitters and designers from the area exhibited and sold their work.  As I've written elsewhere, Anna Bell Bray’s work is distinguished by couturier details that are difficult to achieve in knitwear made using traditional Shetland knitting techniques.  She agreed to knit a vest for my husband -- to be sent to us whenever it was completed -- sizing him on the spot just by looking at him.  We knew whatever she created would be amazing, and so it is.

The photos show many views of the vest, and capture Anna Bell Bray's masterful use of light and dark values and large Norwegian-style star motifs to achieve an almost kaleidoscopic visual effect.  An unusual ribbing with checkerboard detail adds distinction.  As shown in the inside-out photo, the neck ribbing reveals a patterned facing, while the hem and armholes have plain facings.  These facings give the garment a more finished look by enclosing the raw edges, and allow it to better hold its shape.  The facings also reduce the chance of excessive wear at these common stress points.

The subtle gradations in the colors, and their placement, serve to keep the eye moving over the design so that it always looks fresh and interesting. For example, one brown used in the ribbing is not used in the main body of the sweater, while the tweed yarns are used sparingly to point up the centers of the motifs.