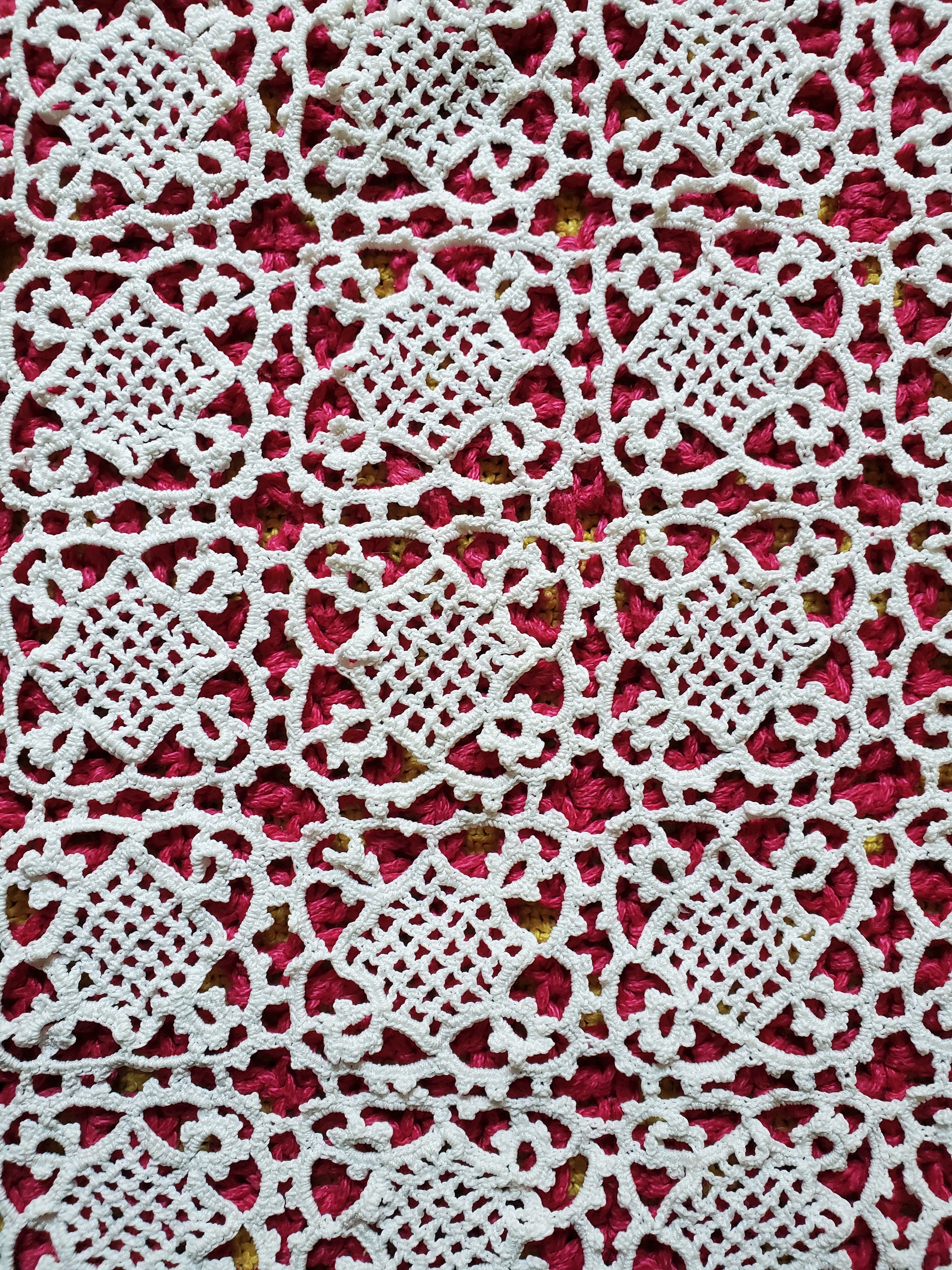 A coverlet made of motifs known as Venetian Squares made by my grandmother.  I don't know her pattern source, but the pattern is known to be published in: Venetian Crochet: Patterns For 1915 Motif, Collar and Lace Edging, Needlecraft Publishing Co., Published 1915, and Figure 36 in the same publisher’s Handbook of Crochet No. 2, available in PDF form from the Antique Pattern Library.  It was also published earlier, in 1900, in Sophie Tatum LaCroix's Old and New Designs in Crochet Work as motif no. 201 on page 6, available in the Internet Archive, where it says, "This design originated in Bohemia."  I don't know if my grandmother considered the coverlet finished--there is no added edging around the borders.  I inherited this after her death in a box with other crochet projects of hers, and I don't know if it was ever used before I received it.