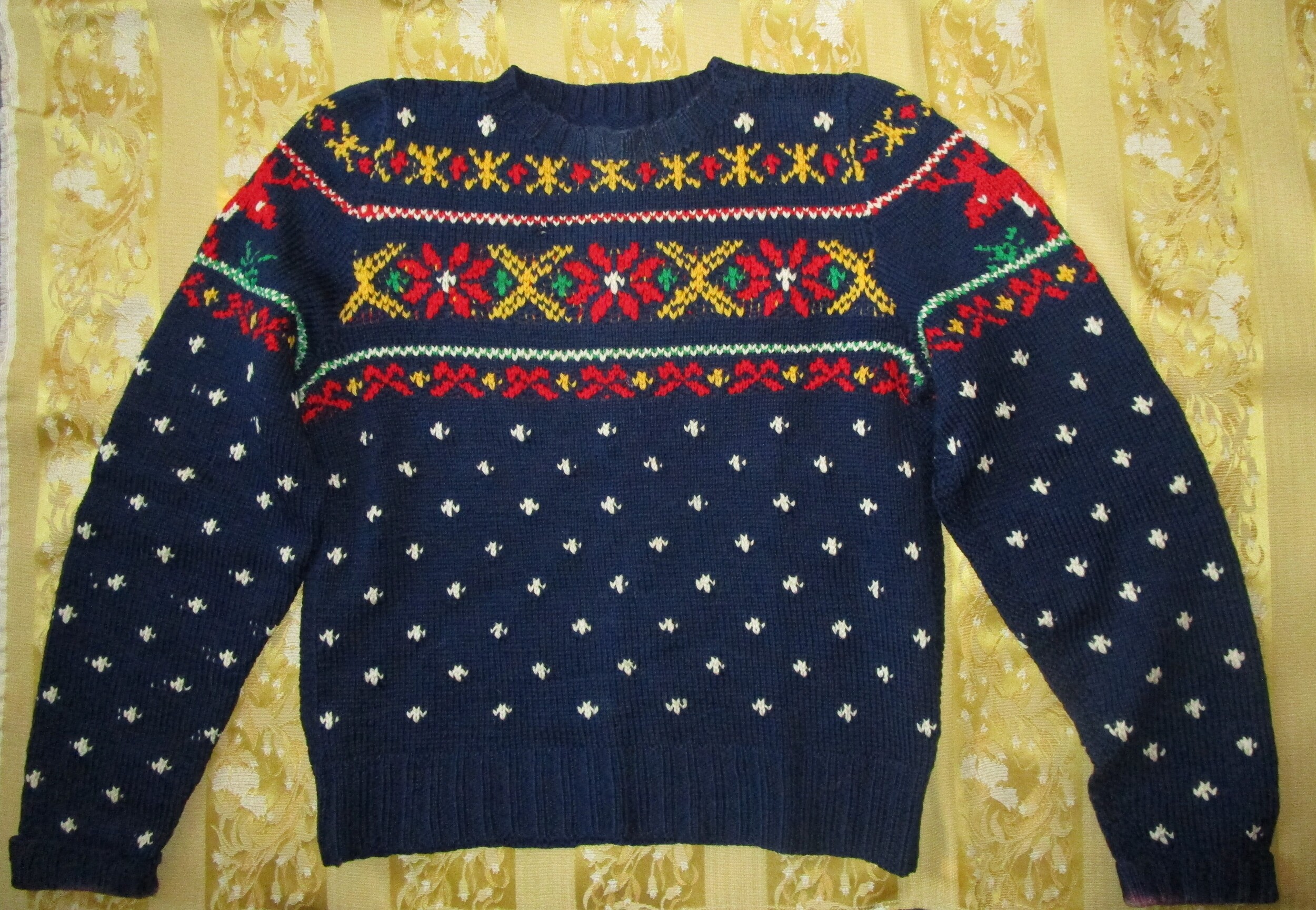 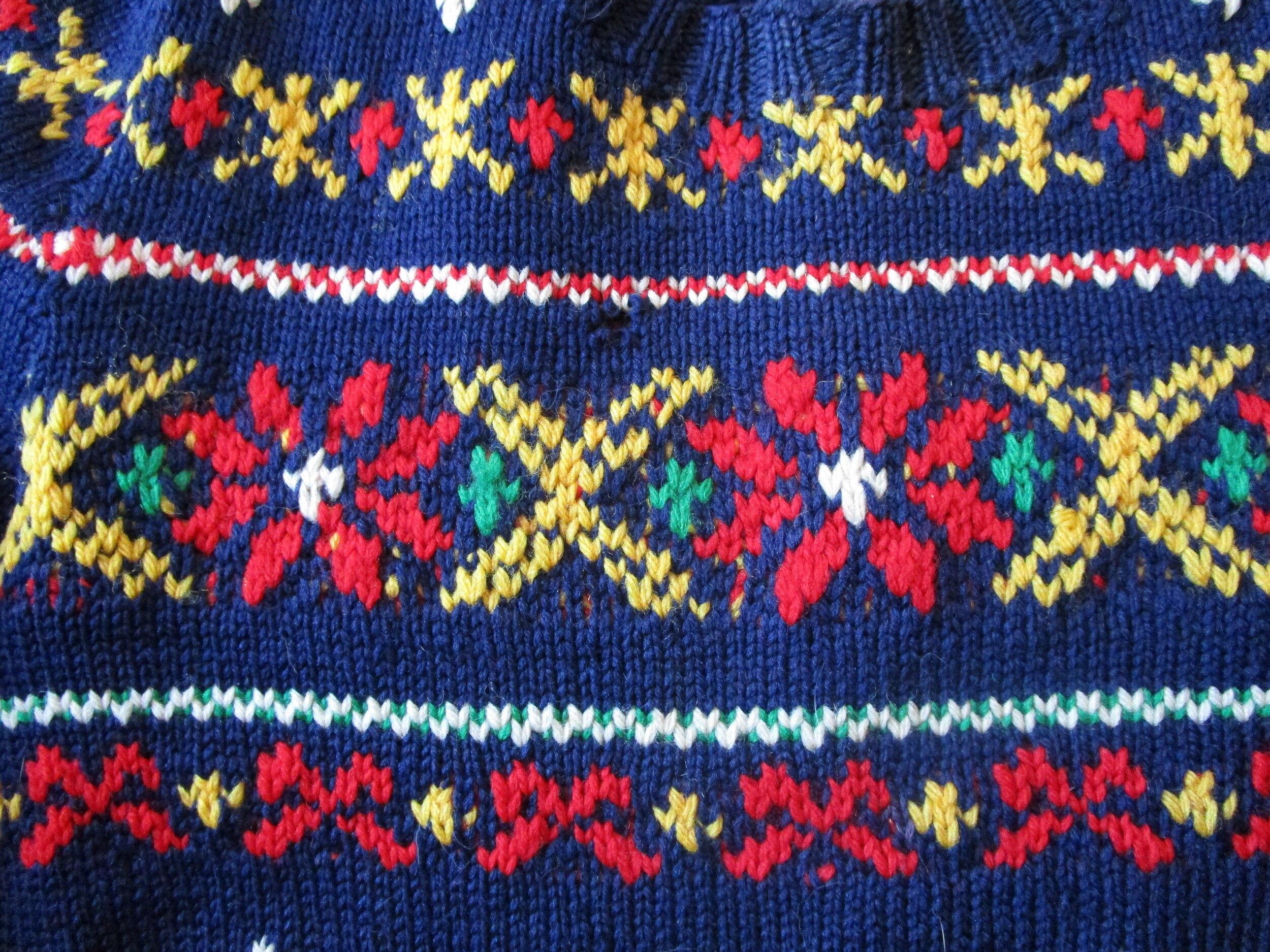 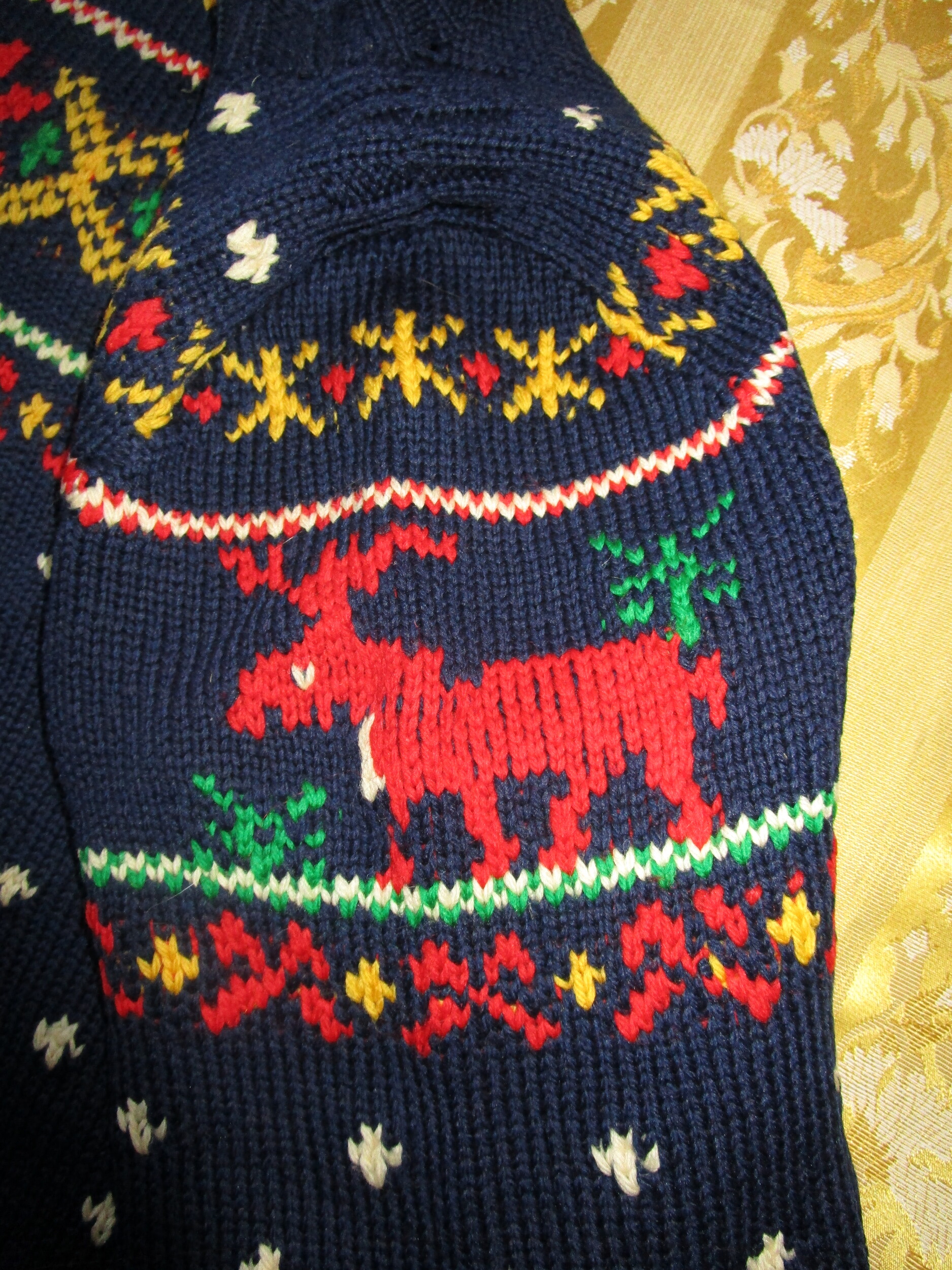 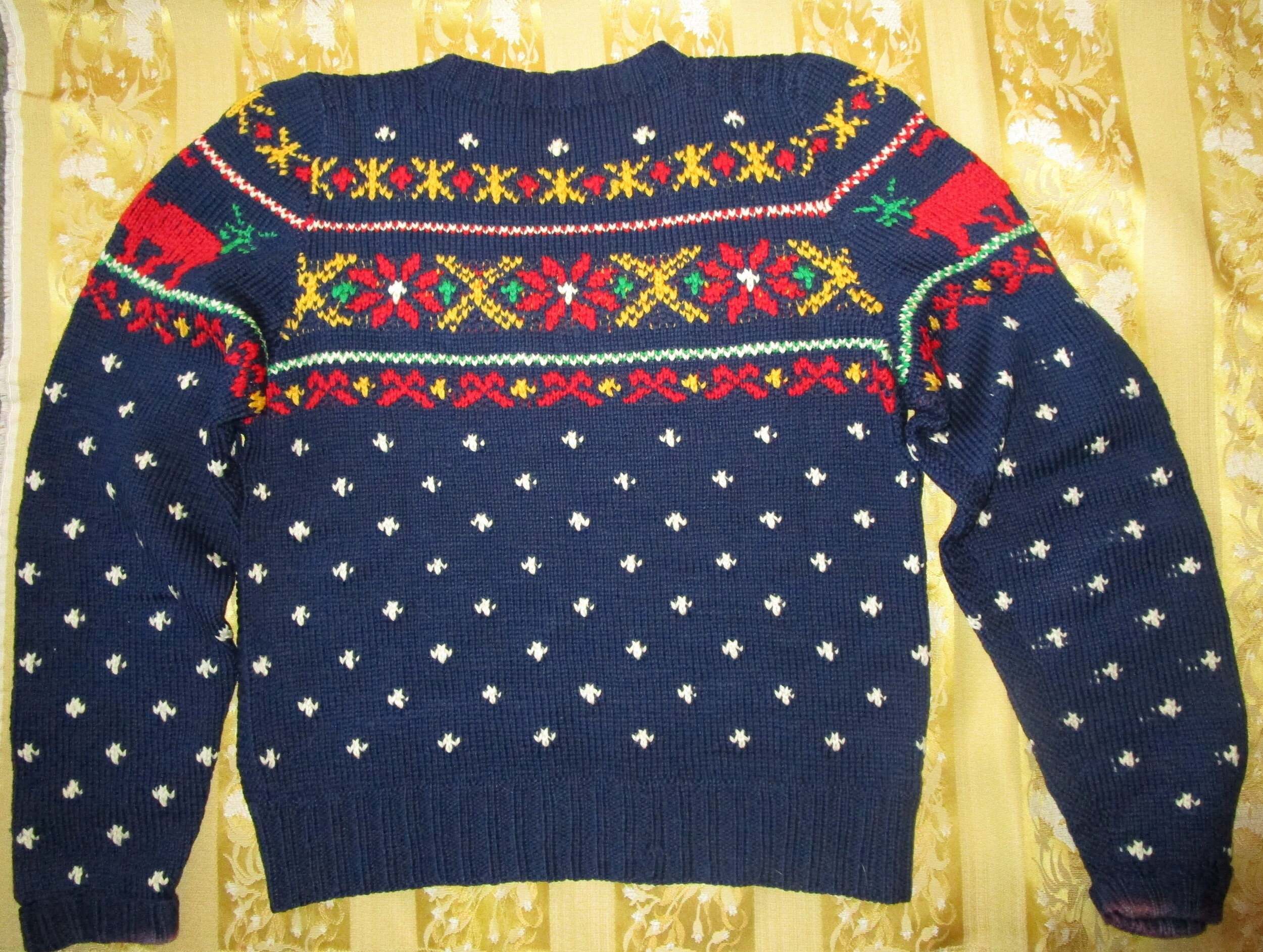 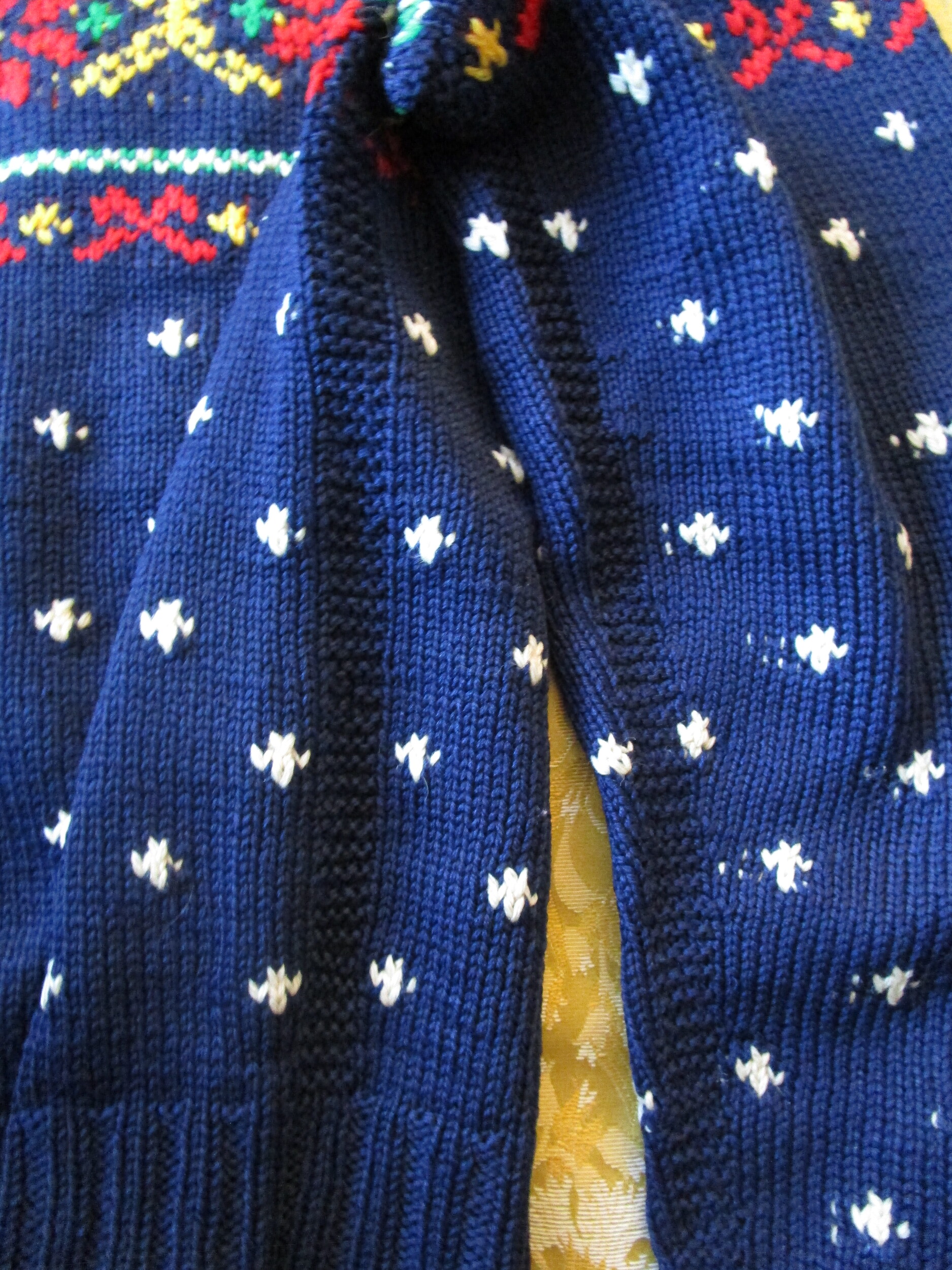 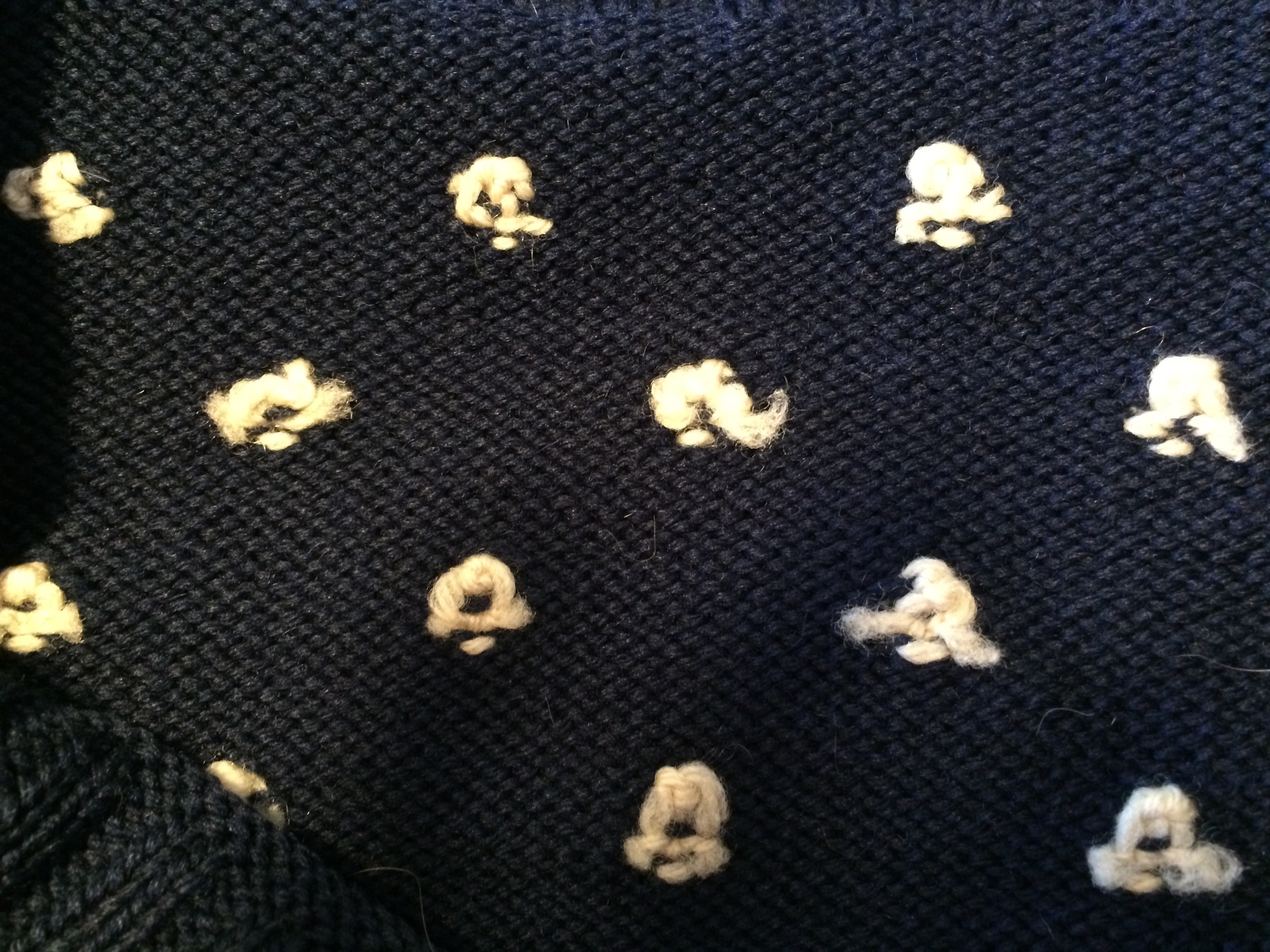 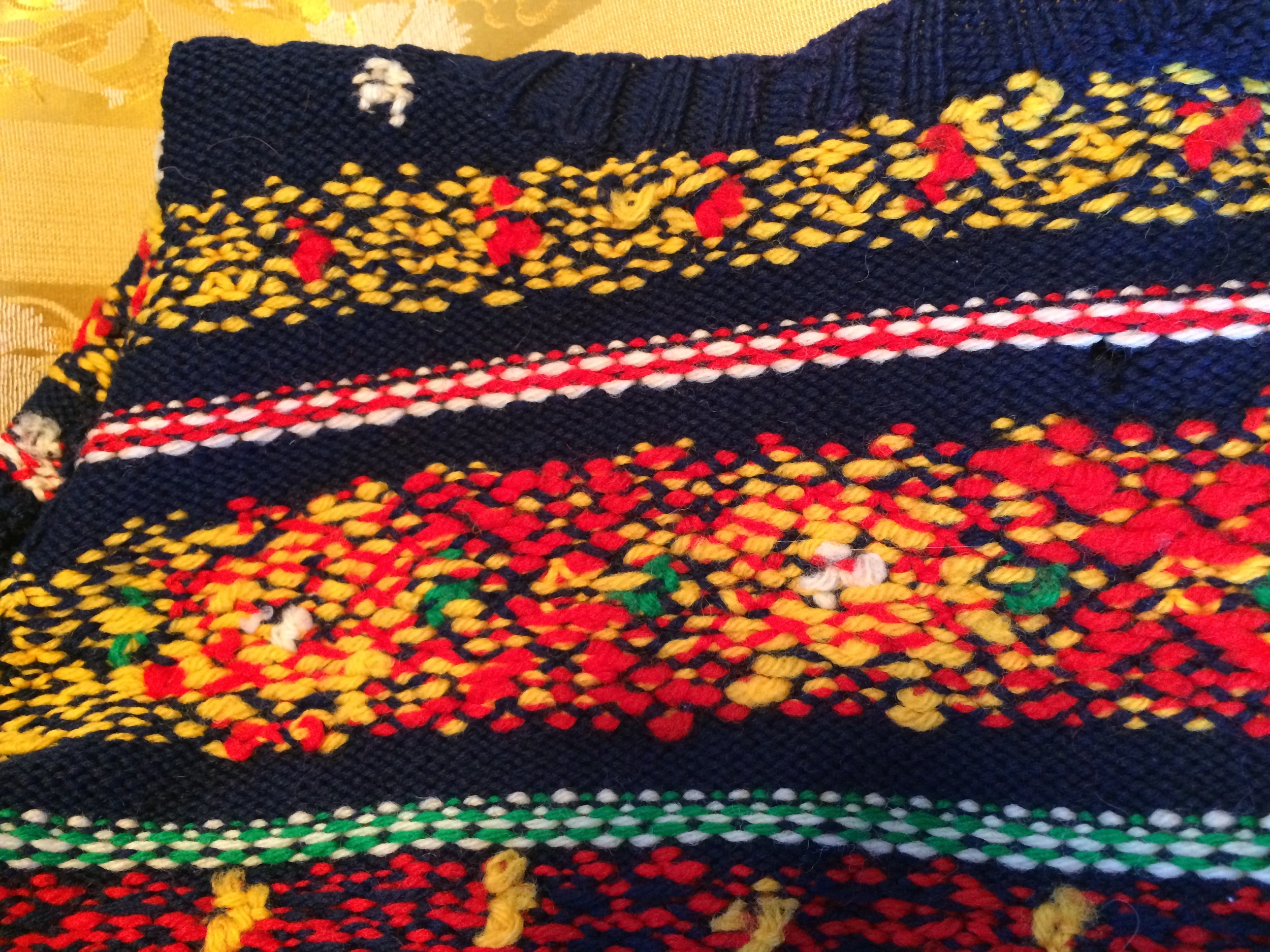 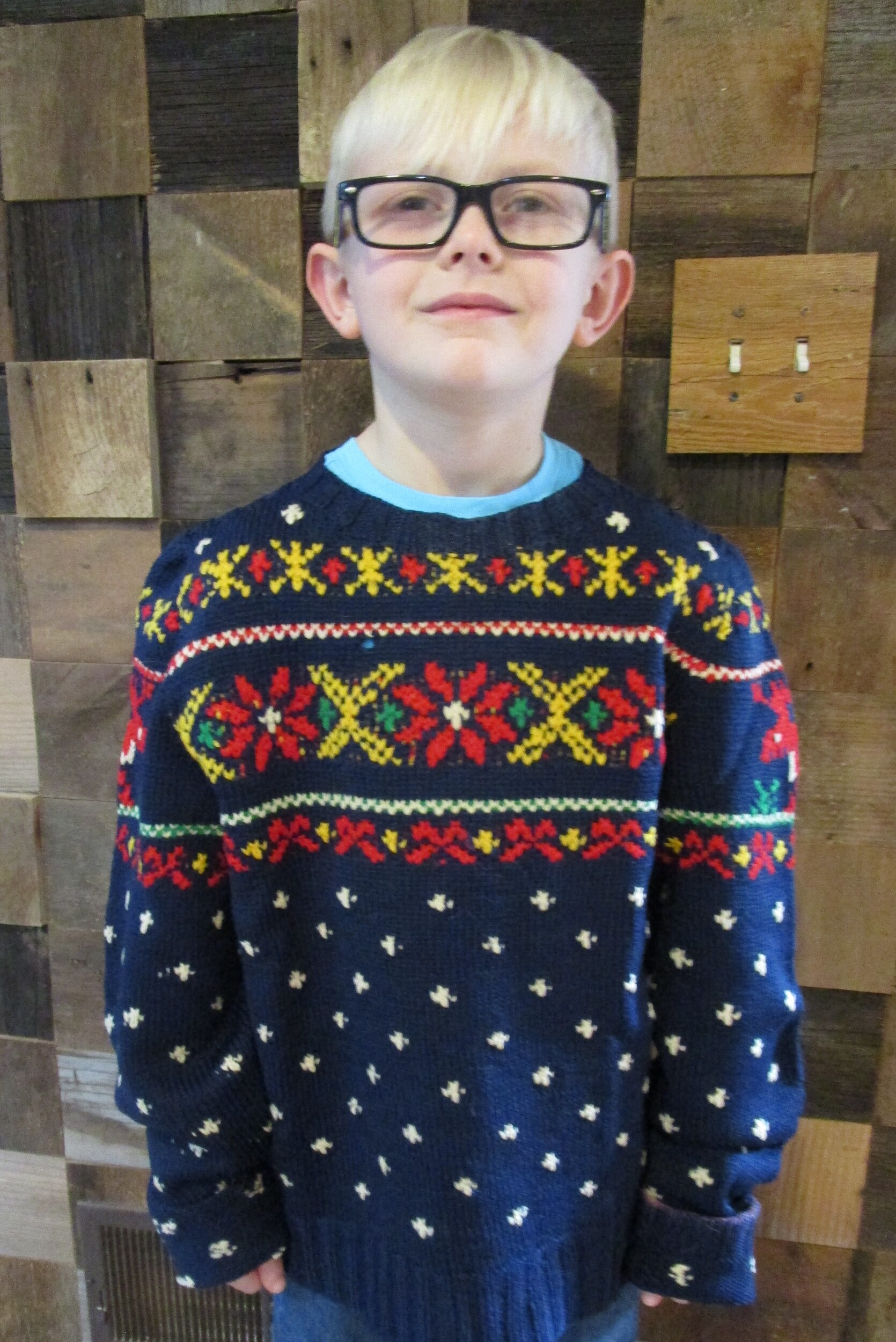 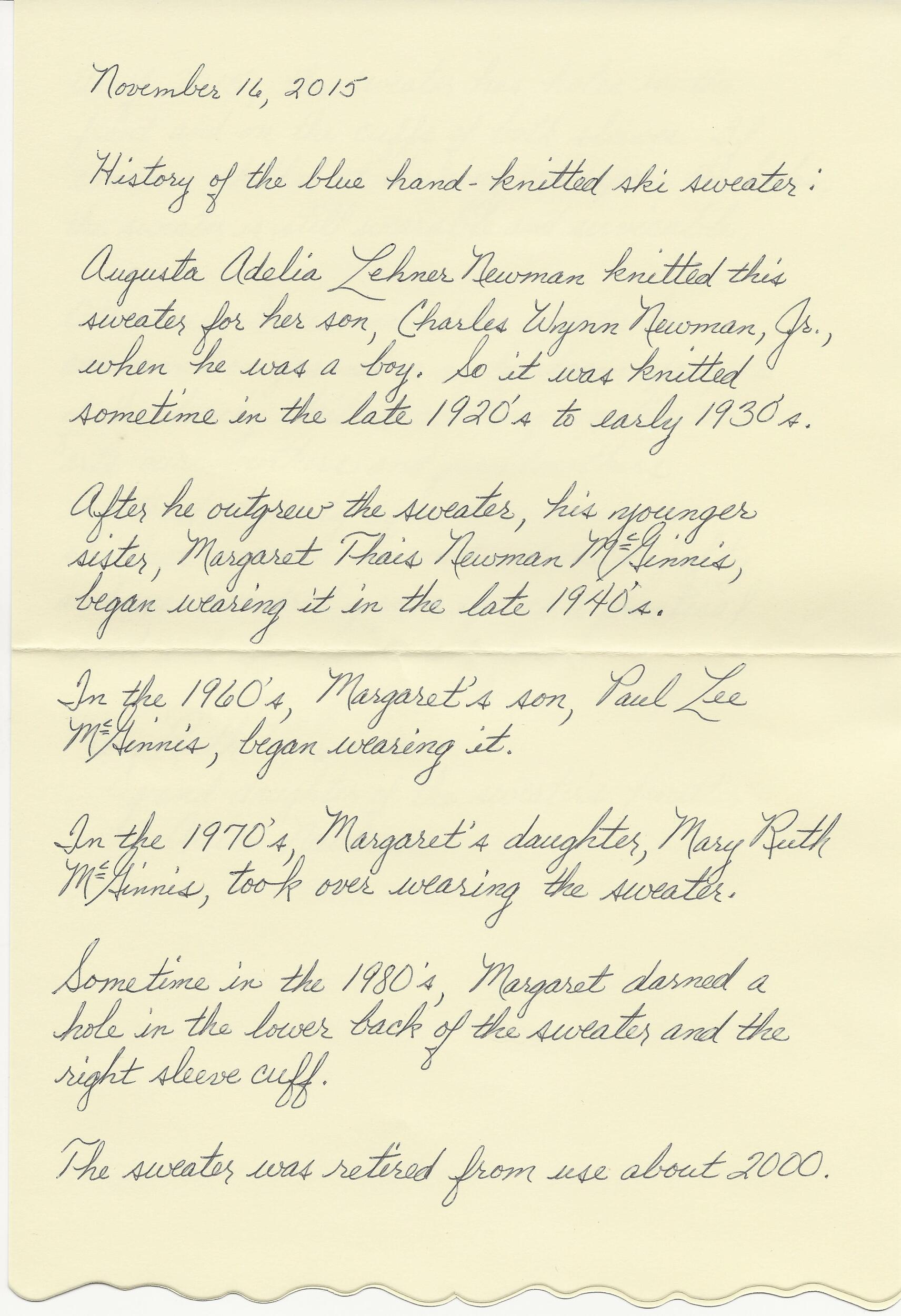 Augusta Adelia Lehner Newman knitted this sweater for her son, Charles Wynn Newman, Jr., when he was a boy.  So it was knitted sometime in the late 1920s to early 1930s.

After he outgrew the sweater, his younger sister, Margaret Thais Newman McGinnis, began wearing it in the late 1940s.

In the 1970s, Margaret’s daughter, Mary Ruth McGinnis, took over wearing the sweater.

Sometime in the 1980s, Margaret darned a hole in the lower back of the sweater and the right sleeve cuff.

The sweater was retired from use about 2000."

David M. Newman contributed this sweater to the Center for Knit and Crochet in December 2021.  It was originally knitted for his father, Charles Wynn Newman, Jr., when the family lived in Detroit, MI.  David M. Newman commented, "I have no use for the sweater and although I have no wish to display it I recognize that it may serve as a well-executed example of a traditional craft performed in the service of the craftperson’s family."

The sweater appears to be knitted of navy blue wool accented with traditional Scandinavian-style decorative motifs in red, yellow, green, and white.  The motifs are made using two techniques -- stranded knitting (patterns are knitted in) and duplicate stitch (patterns are applied as surface decoration after knitting).  The sweater shows signs of wear and has been repaired, which only attests to the family's appreciation and care of the maker's work.  It has otherwise survived in excellent condition.  It is notable that the sweater was worn and enjoyed by several generations of the family.

The sweater and accompanying documentation will be used for educational and promotional purposes by the CKC to encourage others to add their knit and crochet items and stories to CKC's Crowdsourced Collection.

Center for Knit and Crochet