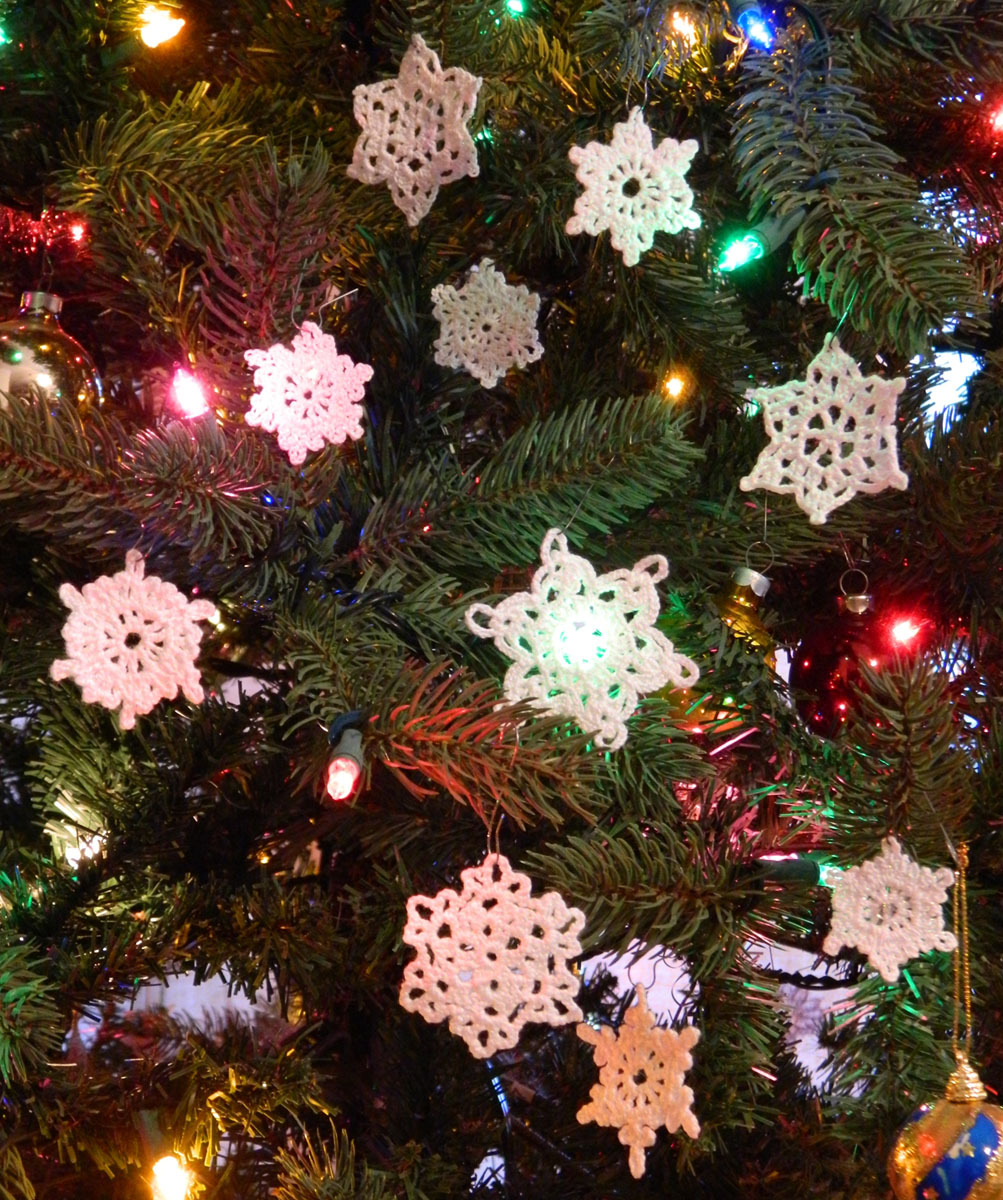 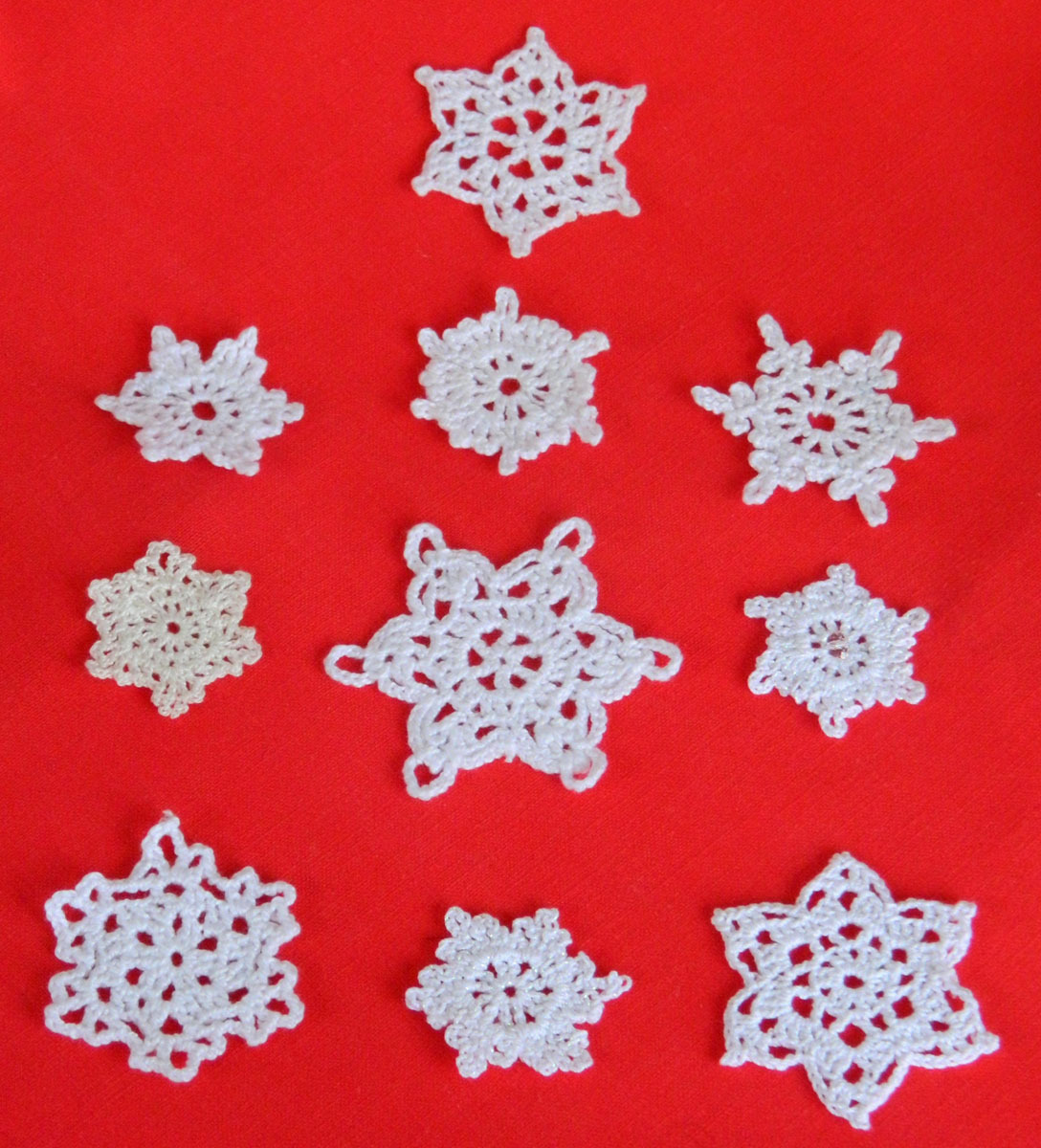 Some of the designs pictured here are probably by Deborah Atkinson (Ravelry); I learned a lot from studying & making her snowflake patterns. Others in the picture are of my own design. I entered these pictures in CraftStylish's "Dare to Make it: Holiday, 2014" contest -- and won the top prize!

The snowflakes were crocheted using white Aunt Lydia's brand #10 cotton crochet thread using a #8 or #7 steel hook. Once completed, I blocked and starched the flakes so they would hold their shape as ornaments on the Christmas tree.

Growing up in Mississippi, snow was a rarity. After that, I continued to live in the southerly climates of Florida & Texas. A "White Christmas" has never really been a possibility (except during the couple of years I spent living in Germany). Around 2014 or so, I decided to kick my crochet skills up a notch by learning to use the tiny steel hooks & cotton thread. Doilies didn't really appeal to me, but snowflakes! ❄ I could have a White Christmas -- without the cold...or the need to shovel!

For a time, I was addicted to making these. Each one was a small, compact & quickly finished project. Because no two snowflakes are alike, I felt free to make variations & create totally new designs. I made so many snowflakes that I started giving them away. Eventually, all my snowflakes had new homes, and my passion for making them melted away just like the snow...but I still have the memories.