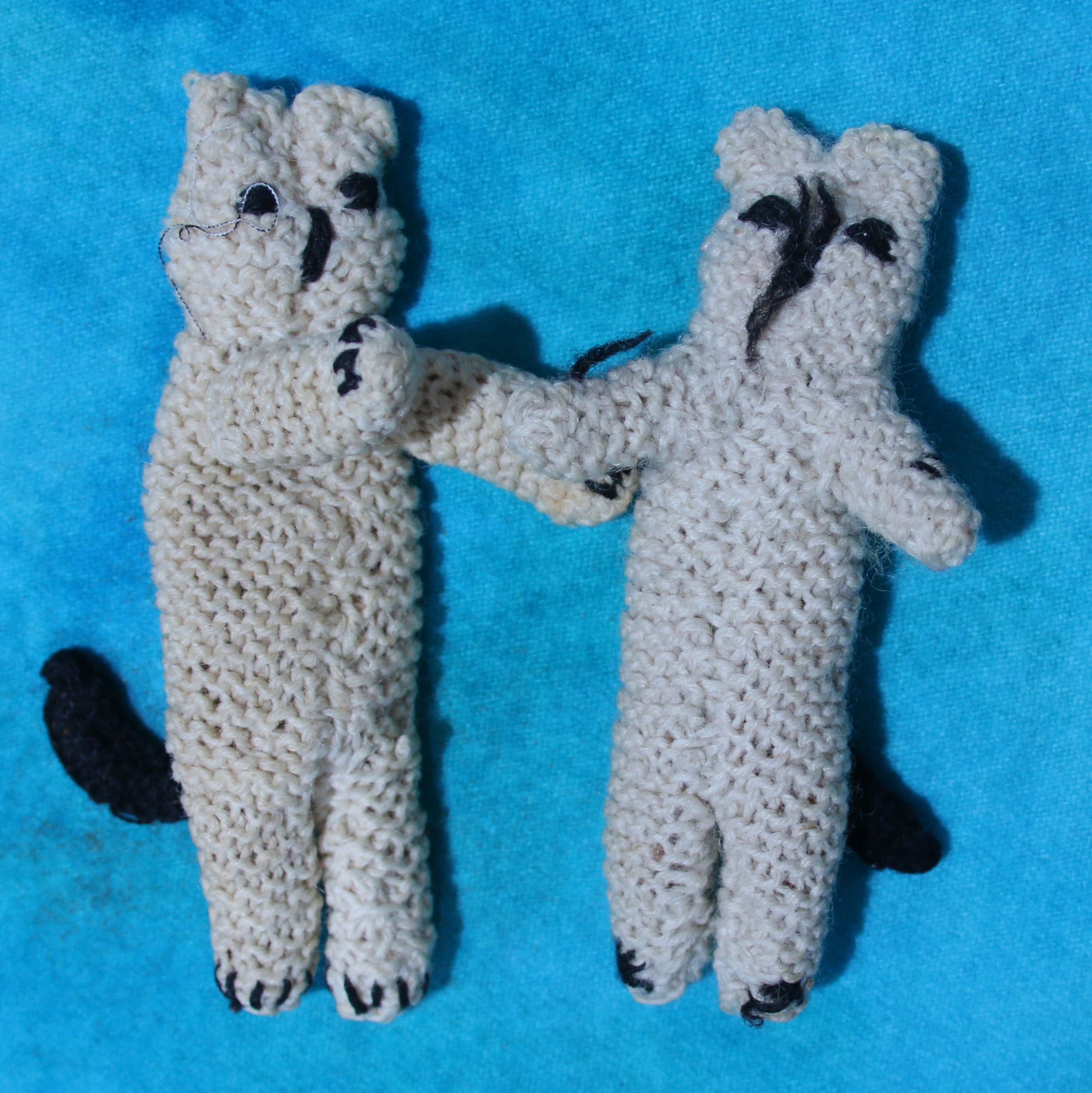 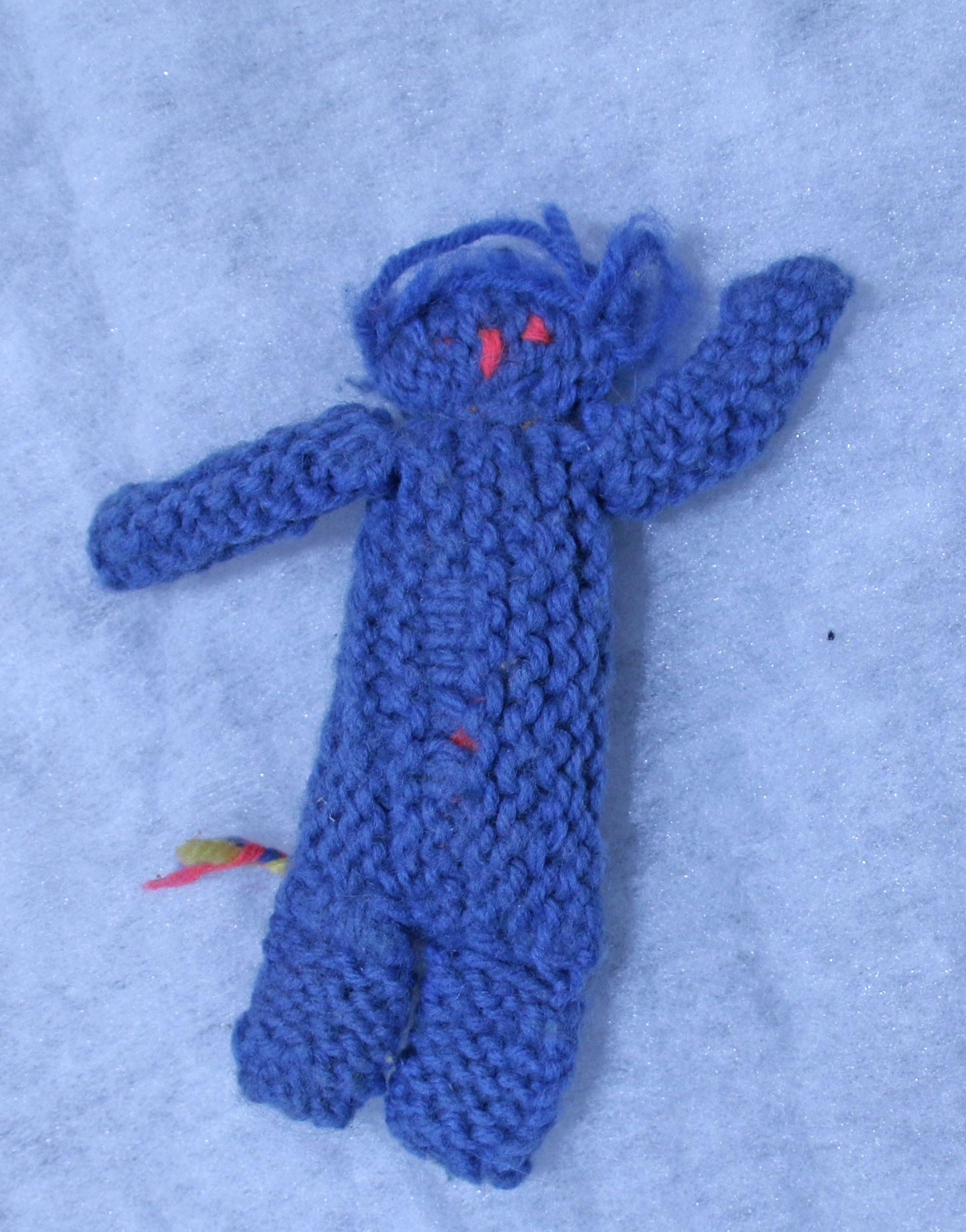 Mr. Elsner was one of few men who arrived in my hometown of Schwarzenbach an der Saale, a town in Northern Bavaria, Germany, from the Russian Prisoner of War camps after World War II.

He couldn't go to his home in East Germany, which was newly occupied by the Russians. His wife managed to arrive in Schwarzenbach before he did. They were among many refugees in the town.

German soldiers were known to knit their own socks, and Mr. Elsner may have learned to knit during his military service or in the POW camp.

Soldiers received a cigarette allowance, but Mr. Elsner didn't smoke. Instead, he bartered his allotted cigarettes for knitting supplies and other goods.

In Schwarzenbach, he knitted little toys, like these garter stitch kitties. He gave them to children, and the white kitties were gifts to my two older children, Suzann and Eric.

My youngest son Van and I stopped by Mr. Elsner's apartment for the last time, when we visited Germany in 1974. I never knew his or his wife's first names. They were very nice people.

Mr. Elsner's work inspired Suzann, then around 8 years old, to try her hand at knitting a kitty herself. The blue kitty was the result.

The white kitties by Mr. Elsner are about 6 inches tall, with features embroidered in black and knitted black tails. One is stuffed with foam rubber, which is deteriorating and may soon be replaced with polyester fiberfill. The blue kitty is the same height, with a tail braided with yellow, coral, and blue yarns, probably from a variegated skein.